I talked with Dela from CMFLG a few days ago.
He said the release date of my album Bittersweet Stories should be before the end of the year.

He is organizing everything for my album and he often gives me amazing news. A news that I recently got from him is that he is thinking to ask Taylor Deupree from 12k to master the album! How exciting!

I’m very thankful for Dela’s help. It’s too bad that I couldn’t meet him in Japan when I was there for vacation. Hope I can meet him again in the near future. (I have met him once many years ago. I played live at this event that CMFLG organazed.)

Yes, I went to Japan for vacation! I met my family and friends. I had fun!
I bicycled a lot around my hometown and bought many things and ate lots of tasty Japanese food that I had missed so much.

For example, this drink. Do you know this? It’s called “cream soda” which is melon soda with vanilla ice cream. I have never seen cream soda in Stockholm, so I ordered it without hesitation when I found it in a “kissaten” (retro café). It was tasty but I was disappointed a bit. It didn’t have a cherry in it! By seeing a red cherry floating in green melon soda, I can come into a dreamy world. What a blissful moment it is! But I couldn’t do that because a cherry was missing. Boooo :(

This is Chacha! My cute, funny and a little violent(!) cat in Japan. I met him for the first time in three years. But it seemed like he remembered me. My mother didn’t think he would play with toys any more because he is old. But he played with some toys and this paper bag when I played with him. After a few minutes, the paper bag had got many holes. In other words, the paper bag was totally torn apart… He was an abandoned kitten and he doesn’t have any experience to play with other cats so he doesn’t know how much muscles he should use when he plays, I think. Therefore he uses 100 % of his power to play with this thin paper bag.

I had done much more things in Japan. I will maybe write about it later!

I announce you that I will finally release an album from CMFLG!
I’m very happy that Dela from CMFLG remembered about me even though I was silent and not very active with my music for a long long time.

You can listen to one of the tracks from the album here.

I will keep you updated with the details!

I started to write this song last year and finally it’s done. I’m inspired by the Chinese folklore tale The Weaver Girl and the Cowherd.

I didn’t do anything today, but actually I did.

I was so sleepy all day today. So I just took it easy.

What I did today.

Because I don’t like to put a label on people.

I like to be open to everybody. I don’t like to judge people based on gender. So “girls only” is against my ethical values.

This is my story.
When all the girls in my class ignored me in the elementary school, there were only boys in the class who talked to me. But I didn’t feel very lonely. Because I could have fun talking and playing with them. I remember that it was 1991 and the Iraq war was the hottest topic on the morning news shows. The boys started to play a war game and I joined them. We made two teams and played Iraq vs multinational force. After that, we watched a Star Wars movie. There was a student group working for announcing and broadcasting in the school. They played movies during lunch breaks when it was raining.

But suddenly our teacher came and got angry at us when we had fun watching the movie. She screamed hysterically “Why are you watching such a violent movie!?”. We didn’t understand why she got so angry so we just became silent. I was the only girl who was there and she asked me if it was scary. I said that it was scary because she wanted me to say so. Now I think I should have said it wasn’t scary. But that was the only way I could think of to avoid an argument with her at that moment. She got upset that me as a girl watched such a “violent” movie. But I thought it was a sexual discrimination. “As a girl, you have to have a ladylike attitude.” I have heard that phrase many times and I always felt disgusted when people put a label on me. I didn’t want to limit myself. I wanted to be free.

After a while, the girls stopped bullying me. They started to talk to me. The girls were just forced to ignore me. I think the bully leader gave up because it didn’t really work with me.

So I believe that there is always somebody who supports you if you are open and honest to everybody.

Now you can listen to the full track of Ancestors by Dalot!

Here is the full track of Ancestors by Dalot. Take a listen!

I worked as a vocalist on a song called Ancestors by Dalot!

I worked as a vocalist on a wonderful song called Ancestors by Dalot. I’m so happy to be a part of this song!

The release date is on Oct 15 2013.
You can hear the sample tracks of the album on n5MD website. 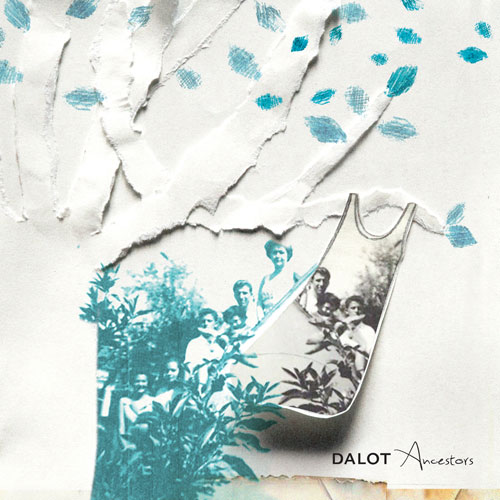 I noticed how negative I was after I met a friend from England who visited Stockholm for a travel. He is an artist and has similar taste in music as me. We talked about music etc, then I noticed my mind of negative thoughts got cleared. Now I feel my confidence is recovered. So I can maybe ignore small human-relation problems. I mean I will maybe think that it’s a waste of my energy to be angry at people. It’s not an important thing any more if you have a few friends who has the same values as you.

I was trying to become accepted by people. I was forgetting what I used to love little by little and started to focus on something else to find something in common with people… to fit in the society. I was jealous at people who can enjoy listening to pop music, people who are political activists, environmental activists, vegans, exercisers etc. Because there are tons of communities for those people and you can find people with similar values easily. Sometimes I wish I could enjoy listening to pop music, enjoy being an environmental activist or an exerciser. But unfortunately I’m not into such things. I care about environment and my health of course but it’s not my favorite things to do. I only care about environment and my health to continue my life. And my life is music.

I had been suffering from depression for four years. But how easy it was to feel good! I just needed a few hours of conversation about music with a person with similar values. I needed to feel connected with people. I hope I can make more friends who like what I like. So I can keep being happy. I finished Swedish as a second language 2 course a few days ago.
On the last day of the course, the teacher talked with all the students about their grades. She told me what I can and what I need to work on more. I thought it was a helpful advice even though I knew myself what is the weak point of my Swedish language skill.

But it seemed like the most of the students cared about which grade they and their friends got more than the advice from the teacher. They asked each other which grade they got… Why do they care about other people’s grade? Did they want to know if they were “better” than the other students? And they would try to find excuses if their grades were worse than the others. No matter what grade they get, they interpret it as they want. So what’s the point of comparing with other people? Is it so important to become the best student in the small class? If you really want to compare, compare you and your past instead!

Damn, I hate competition! I hate being judged! I don’t care which “alphabet” I got because the important thing for me is that simply I get satisfied with my knowledge and skill. Today I drove to Värmdö for the first time. It was easy to drive there except for the highest bridge. I got a bit scared of the height of the bridge! But the bridge was crossed over the sea and the scenery from the bridge was so beautiful!! I wanted to look at the beautiful scenery more but I couldn’t because I had to focus on driving the car of course. Sometimes it’s too dangerous to drive a car in such a beautiful place. Next time I will drive to the sea and have a picnic on the beach and enjoy the sun!

But where is Värmdö? Here it is!